Recently I found myself with the time to finally build the Inkshield I bought last year. My (rough) goal is to recreate the Adderfab work of the Open3DP team and perhaps put together a powder bed printer. At the very least the Inkshield is a cool little gadget to put together, and Nicholas Lewis has done a good job in creating the kit. 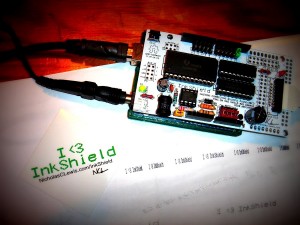 Rather than directly use the Adderfab firmware and code I decided to try and drive the Inkshield from Ramps, with a modified Sprinter firmware and Pronterface. This is perhaps a bit overkill to start with, but this setup has the advantage of being ready to drive all the axis, plus using G and M-codes to control everything.

I got to the point of recreating a dot-matrix printer, and along the way discovered a few things: 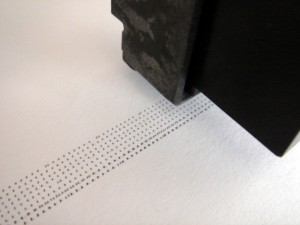 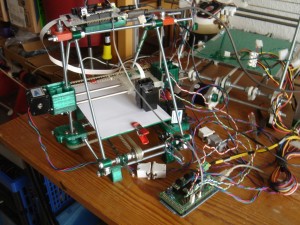 So, after such fun and games I ordered some replacement C6602A cartridges (not a cheap way to debug!) and will probably go back to basics using the Adderfab code as a baseline and building a simpler setup. Once I have that working I will then revisit integration with Ramps etc.