Time flies! It's been almost two months since I posted about the Thing Tracker Network (TTN). Recently progress has slowed down to a crawl, mainly due to other priorities (RepRap Magazine, work, family, imminent house move, etc, y'know the usual things), and also because I am taking a slight detour with regard to TTN which I want to briefly describe here.

After the initial excitement of announcing the proposal there have been a series of suggestions and improvements which I have attempted to merge into the specification. I think the current version is a reasonable basis for defining Things and the relationships between them. Expanding to include the possibility of adding detailed bill-of-materials and tracker metadata, for example.

A quick aside: there are now several resources that make up the infrastructure of TTN which I will quickly list:

Several people have mentioned in passing that the technology of the fabled Semantic Web, now known as Linked Data apparently, may be of interest. A little internet research led me to a useful resource in the Linked Data Book, and the more I read of it the more I realised that the TTN sounds like it is basically trying to be a Linked Data vocabulary. Consequently I think it is worth exploring the idea further, to see whether the goal of the TTN should be to define such a vocabulary along with tools and libraries to support it.

There are several considerations should a Linked Data approach be taken.

From my reading so far, I believe the following would be possible using Linked Data:

In fact I hope that the RDFS & JSON-LD combination might already be very close to the work we have done so far.

To date my playing and experimenting has been limited. I have started formulating an RDF Schema (thingtracker.rdfs) and have added some RDFa to the example Githubiverse site (http://garyhodgson.github.com/githubiverse-tst), which appears to be readable according to the few tools I have tried out. 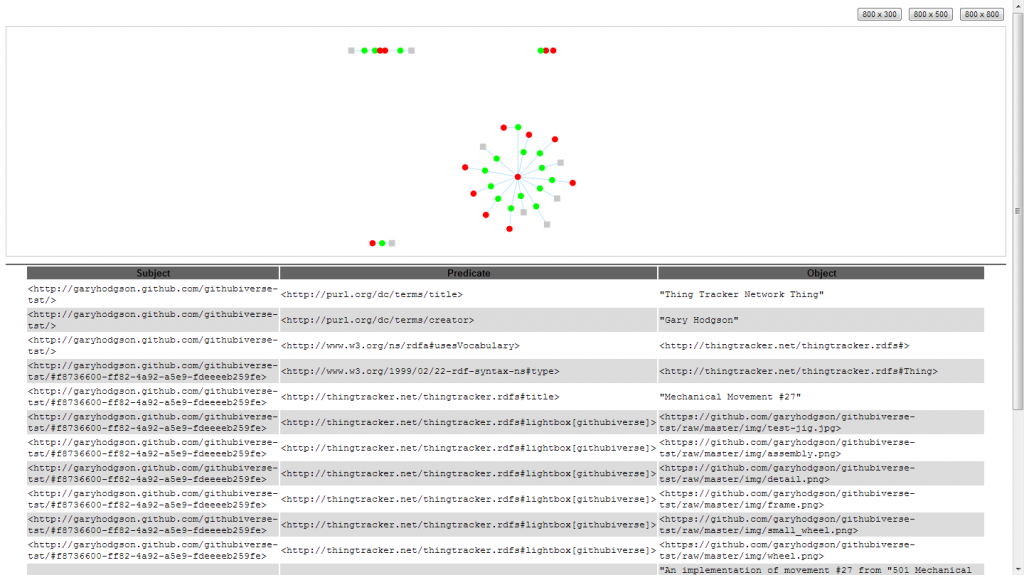 There is a whole raft of things I still need to learn (help & guidance very welcome!), and this is still only an exploratory dive into Linked Data, but so far I feel it is worth pursuing further.