A nice way of ending a productive weekend:  The Huxley-class printer I have been working on produces it's first print! 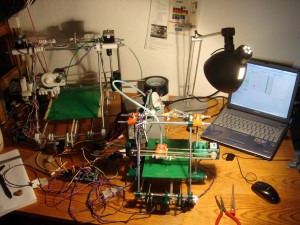 Designated "Roxrap", after the various parts used that were salvaged from an old Xerox laser printer, this is my first printer produced from my Prusa. It's a mish-mash of the existing Huxley/Mini-Mendel designs (eMaker, TechZone, Mini-Mendel & the RepRap Huxley) plus some parts I designed myself.  It will be the printer where I can experiment with designs without fear of suddenly having no printer available if something goes wrong. 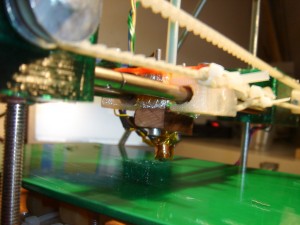 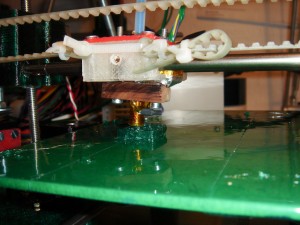 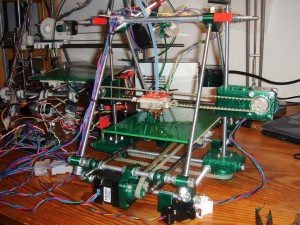 The first print, a 20mm cube, is absolutely terrible of course.  There is much calibration to be done: the frame wobbles, the X carriage shifts, the extruder drive is inconsistent and incorrectly configured, but the fact that it produced something without blowing up is a win for me. 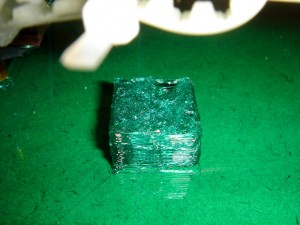 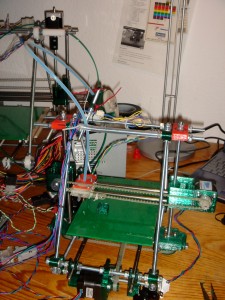