A short post to give some more feedback about working with the wood composite. I decided to print out "Working Micro Gear Heart Keychain" by CrazyJaw. 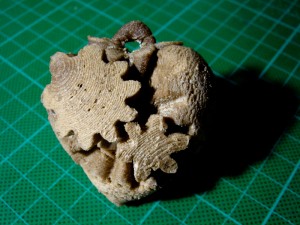 Heart Gears - Under a Fluorescent Lamp

The stuff really sticks nicely to the bed without it having to be heated with no curling. The gear heart trays are quite small so I will try and print something larger to see how well it copes.

It acts largely like PLA, but oozes much more. I had to up my retract settings a little, and it still blobbed quite a bit. I was printing at 195°C and so it may be that a cooler hot-end might reduce the ooze. I chose 195°C because I got the impression at 185°C it came out a little rough. Now I have a couple of prints done I will be more daring and print at 180°C for longer.

An interesting observation is that the visibility of the layers, which is usually something we try and minimise, becomes a feature aesthetically. It gives the print more of a wood grain look. The photos were taken in a range of lighting conditions to try and convey how it looks. 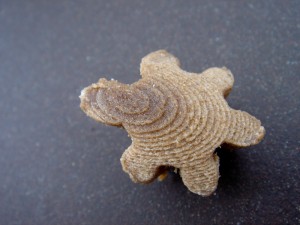 The parts still feel, and act, like a polymer, which is to be expected, but it has a much rougher finish - at least at the temperatures I have been using so far.  Directly after printing it has a rather spongy feel and after a while it hardens somewhat, but it is generally a bit more rubbery and compressible than PLA.  Sanding, drilling and cutting is more similar to working with PLA than with wood, unsurprisingly. Sanding makes the surface much lighter and detracts from the overall appearance. I used various grades of paper, including wet&dry, to some success, but bringing out the Dremel makes it much lighter work, remembering to keep the revs nice and low.

I also drilled and tapped a small test piece for a 3mm bolt. It holds well though I would be wary of putting it under any serious load - as with PLA.

I also applied some water-based acrylic paint to a piece (not shown) and it appears to go one well. Once it's dry I will report how it looks and holds. 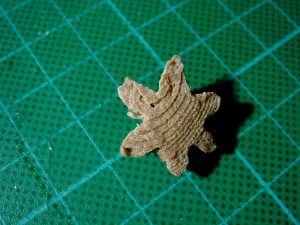 So far it's a fun material to work with, and the aesthetic quality will definitely add something new to 3D printing. From my very limited testing I would be wary about using it for precise or complicated engineering parts and would probably lean towards structural components. However, my machine doesn't produce very high quality prints, plus I've only just begun playing with it, so there may be much more to this material than I have discovered so far.

I should state, the gears don't actually turn, but this is due to my being unable to print out the pins to a sufficient quality. A tighter calibrated machine could well produce a working copy with this material. 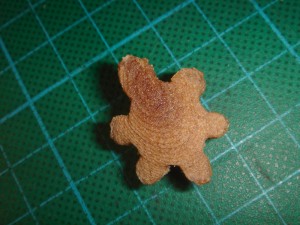 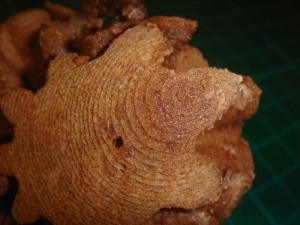 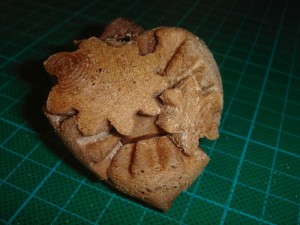